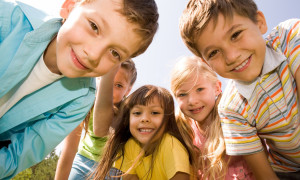 Following the news that a council in Yorkshire have cut their summer holidays to five weeks, we’re asking if it’s right to shrink the summer holidays?

The six weeks’ holidays, to many, are the reward for a job well done over the previous ten months. For children and teachers alike, it’s an opportunity to relax and recharge the batteries until September comes calling.

However, with Barnsley Council reducing summer holidays to five weeks, it has begun a debate as to whether almost two months away from education can effect a child’s progression.
The debate recently escalated following the Jon Platt case, when he refused to pay a £120 fine for taking his daughter away during term-time. Mr Platt was fined £60 for not getting permission from his daughter’s school before flying to Florida, a total that doubled after his refusal to pay. He went on to win a High Court battle and now wants to support other parents who have received fines.
A school in Southampton this week reversed an idea to close early to allow pupils to watch the Euro 2016 match England and Wales. Term-time holiday campaigners had accused the school of ‘hypocrisy’ and a reversal on their proposal quickly followed. The school in question initially wrote to parents saying it would be ‘sensible’ to finish at lunchtime and that without being flexible they would have people absent.
The government say regularly missing lessons can harm a pupil’s chances of getting good qualifications. However, in comparison with America who can have up to fourteen-weeks holiday (or vacation), six weeks away from studying doesn’t seem too bad.
It’s a discussion that has divided opinion amongst parents, teachers and pupils for a while now. Showing our neutral stance, here’s just a few pros and cons for each side of the argument.
Yes, school holidays should be shorter because:
1. Students Fall Behind
Children need to constantly go over their work to refresh their memory and ensure they retain information that they have learned throughout the school year. A long study break can cause them to forget what they’ve learnt, allowing them to become languid from so
much time away from the classroom.
2. Change Of Routine
As strange as it may sound, not all children actually enjoy the summer holidays. Some children dislike the upheaval to their routine and don’t have enough to do during the holidays. This is a prevalent issues in children who may have a difficult home life or don’t have enough adult supervision throughout the holidays.
No, school holidays shouldn’t be shorter because:
1. Effect On Children’s Morale
Children love the summer holidays! Looking forward to the six weeks’ holiday is a great incentive for them when in class. Shortening them could end up causing even more distraction and have an adverse impact on their concentration and morale.
2. Children Need A Rest
Children are now spending more time doing homework on evenings and weekends than ever before. With the effort they put in, as well as the increasing pressure they are under with changes in the curriculum they deserve the break to fully recharge before coming
back stronger in September.
Where do you stand on the debate? Let us know by leaving your comments.
If you’re worried about your child’s progression slipping over the summer holidays, then Genie Tutors are here to help. We run tutoring sessions all year round and studies suggest even small amounts of regular education can reduce or prevent the effects of the
summer slide.

We support, motivate and challenge and this helps them overcome academic problems, achieve their potential and start to get the results they deserve.