Problem Solved: how tutoring helped an 11-year-old boost her Maths in her school report 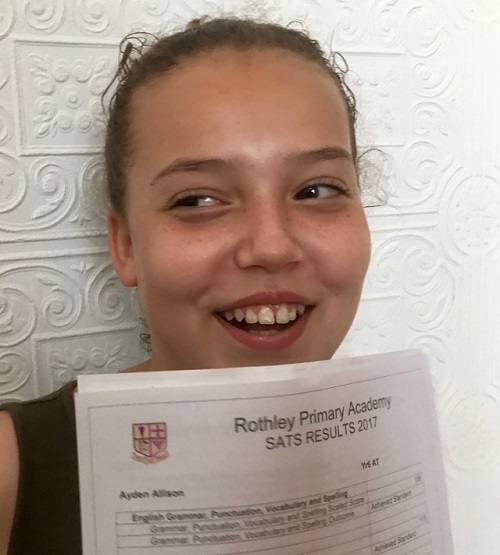 Proud parent Winnie sent her 11-year-old daughter Ayden to Genie Tutors hoping to improve her maths grades. With an entrance exam to a local independent secondary school looming, as well as the long anticipated year 6 school report, getting Ayden’s Maths up to scratch was more important than ever. This final report could make or break her secondary education. As Winnie told me, ‘… secondary schools have high expectations. They work at a high level.’

Ayden has always been interested in English and has a natural passion for books and reading. However, when it comes to equations and sums she’s always found it more difficult to focus. She would neglect her maths homework and slip behind in class as a result. Teachers became frustrated and warned Winnie that, although her daughter was a bright girl, she could seriously fall behind if she didn’t begin to pay attention to her Maths. Winnie was determined that this would not be the case. When the family relocated to Birmingham, Winnie chose Genie Tutors on a recommendation from a friend and enrolled Ayden for extracurricular maths classes.

Soon her daughter began to settle in and her Maths gradually started to improve. This was largely thanks to her tutor, Azam, who she has begun to develop a bond with. ‘She’ll always ask Ayden to give the reason for her answer whether it’s right or wrong’, explains Winnie. Ayden’s school also began to give her ten minutes of maths homework a day. These small chunks, in tandem with the tuition she received at Genie Tutors, rapidly gained results. ‘I think the reason the tuition and extra homework have helped so much is that it’s kept Maths at the forefront of her mind’, said Winnie.

When Ayden arrived home with her end-of-year school report in her bag, Winnie opened it with anticipation. Ayden had always received praise from most of her teachers – she was worried because she knew that Maths had been a problem.

The report was brilliant, stating that Ayden had improved in leaps and bounds, and not only had she reached her target grade for the year but had exceeded it in all subjects. How did Winnie feel when she opened that glowing report?

‘Amazing. She’s a bright child. The school reports were saying that, however they were saying her Maths could let her down. She’s good at learning, she’s good in a classroom environment, but her Maths could let her down. So when I got her grades, I was really pleased. She’d also just sat an entrance exam for a Solihull School – a local independent school and passed. Ayden will continue to attend Genie Tutors after she starts her secondary education, something that is being recommended by her new teachers at Solihull School.’

Would you recommend Genie Tutors? ‘Yes, it’s helped. She needed extra help for Maths at school and I’m impressed with Ayden’s progress.’

We wish her the best of luck!

Could your child benefit from extra tuition so you can get a great school report like Ayden? If you’d like you see your child make progress every week, click here to contact us for your free trial session.

We support, motivate and challenge and this helps them overcome academic problems, achieve their potential and start to get the results they deserve.